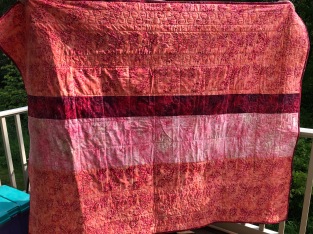 Why do these two activities give me so much pleasure?  As Pat and I finished this quilt, I was considering the similarities.

You wouldn’t think that sewing and writing are alike, but they are metaphors for each other.  I plot a story in much the same way I arrange quilt blocks, choosing the elements of color, characters, and pacing.  In quilts, the design wall is my area of creation where fabrics move around until there is a harmonious whole.  Novels are more complex, but story elements are arranged, inserted, and removed to create a whole book.

Both activities are immensely satisfying, especially when they are complete and can be shared with an appreciative audience.

Coming to Rosendale Theater in October! 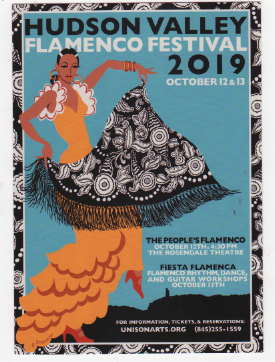 In addition to the October 12th performance, aficionados can participate in workshops at Unison Arts Center the following day.

Mark your calendars and get your tickets early!

Go to this link for more information

When 15-year-old Agatha learns that her twin brother Malcolm may still be alive, she will sacrifice everything to find him. But powerful magic and conjured beasts are soon tracking her every move. The tiny Grassmen and their awful sneezie powder, a mystical Kermode bear, the Fens, a neverending forest, and a deadly panther are just some of the battles she must face. Archer, a wise but arrogant gyrfalcon, is her guide throughout her dangerous quest. Even if Agatha can locate her brother, they will have to battle the evil warlock that plotted against them and murdered their parents. Middle grade to young adult readers will find this a most adventurous tale. A great read! (Ages 14+)

Additionally, these reviews will be archived on our Midwest Book Review website for the next five years atwww.midwestbookreview.com 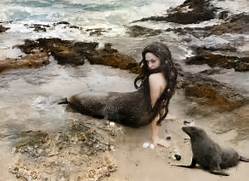 and a human have a baby…

How would it look?

That was the question that sparked Book IV of the Karakesh Chronicles, currently titled Ripples of Magic.

What if the selkie and his wife had a second child?  Would it look the same as the first?

My answer is in the book I just finished editing.  Sorry–it’s not yet available in print.

Twelve-year-old Demara is the child of such a union.  With a selkie father and human mother, Demara longs to be pure selkie and swim with her father and the seals.

Of course, realizing wishes have unexpected results–and can produce a whole story, if you’re a writer like me.

Many writers and artists are fascinated by selkies and the tales that surround them.

Here is the briefest explanation from Wikipedia:

In Scottish mythology, Selkies (also spelled silkies, sylkies, selchies) or Selkie folk (Scots: selkie fowk) meaning “Seal Folk” are mythological beings capable of therianthropy, changing from seal to human form by shedding their skin. They are found in folktales and mythology originating from Orkney and Shetland.

If a selkie’s skin is stolen, the selkie will belong to the thief until he or she can recover the skin.

And what about Demara?  Will she get her wish, and return to the sea? 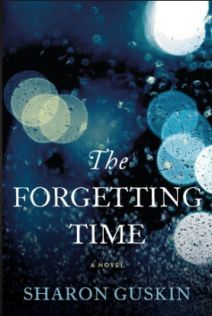 Dr. Jerome Anderson has devoted much of his life to the study of reincarnation.  He’s documented cases around the world, cases in which children speak about former lives whose events have been confirmed.

Now he is diagnosed with progressive aphasia, a type of dementia, while being presented with Noah, a four-year-old who may have suffered a traumatic death in a previous life.

Noah’s mother, Janie, is willing to try anything to help Noah, who suffers from nightmares and keeps wanting his “other mama.”

Anderson: “He’d had his own thoughts lately, though, that ignorance and fear and anger, like trauma, could perhaps be transferred from one life to the next, and that it might take multiple lifetimes to overcome them.  And if anger and fear could persist–then also, of course, stronger emotions could as well, such as love.  Was that what drew some people back to reincarnate within their own families?” (p. 300)

Guskin’s novel poses many serious questions about the nature of human existence.  Do souls reincarnate?  Do people remember past lives?  The author includes excerpts from real research, specifically a book titled Life Before Life, by Jim B. Tucker.  Tucker documents cases in which a child’s past life memories are confirmed.

To the Asian families that Anderson has interviewed, reincarnation is an accepted occurrence.  In the U.S., it’s a different story.  Noah’s mother, Janie, is skeptical.  Others in the novel express the variety of thinking about life after death.  Is it ESP?  Is it fakery?

Ever since I became familiar with Edgar Cayce’s readings, I’ve been comfortable with the idea of reincarnation.  It makes sense to me.  It’s like Groundhog Day on Planet Earth.  We’re given more chances to do it right.

What do you believe?

It’s a good book. Read it with an open mind.