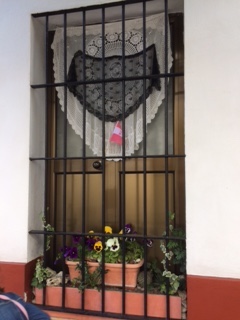 As we strolled along a street in Prado del Rey, I snapped a photo of the shawl in this window.  Little did I know then that it was only a preview of the inspired decorations we’d see later. 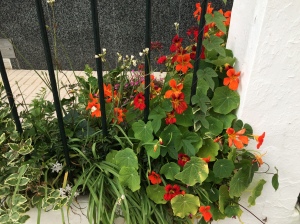 After the show, we headed down into town for some food.  On the way were these nasturtiums.

But then!  The yarn bombing began.  First, the lampposts sported crocheted sweaters.  That was amusing, but nothing unusual.  However, the art flying overhead was captivating and gasp-worthy.

What a fabulous idea, to put a quilt in the sky!

As the sun set, umbrellas swung above, and we found a noisy, busy tapas bar where we enjoyed drinks and delicacies. 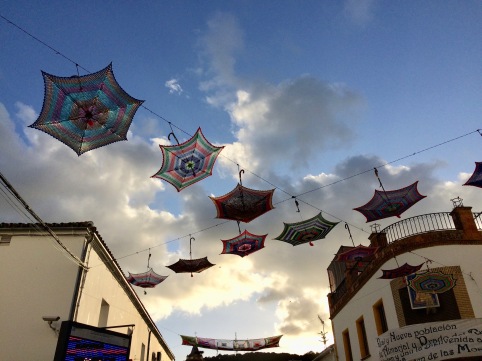